Dr. Kevin King has a part of Evangel University since 2006 when he started as the strength & conditioning coach for men’s basketball before being named the head athletic trainer in 2007 for the department. He joined the football staff in 2017 and continues to work with the Crusader football team as the Head Strength and Conditioning Coach.

After serving as the head athletic trainer, Dr. King has also taught in the Kinesiology Department at Evangel where he continues to teach as an associate professor since 2008. In addition to working with the football team, he also continues to work with the men’s basketball, and men’s soccer teams at Evangel.

His start at Evangel in 2006 came after working as the program director for Cox Health’s Athletic Advantage where he designed and implemented strength and conditioning programs for athletes. Before joining the college ranks, he served as the head strength and conditioning coach and assistant athletic trainer for the Springfield Spirit hockey team.

A graduate of Southwest Baptist University, King earned a bachelor of science in sports management with athletic training and fitness/wellness emphasis in 1999. He earned his master of science in physical education from Western Kentucky University in 2003 and earned his Ph. D. in Kinesiology from the University of Arkansas in May 2014. 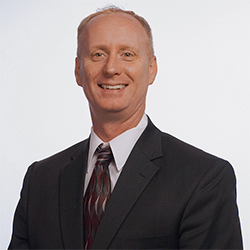